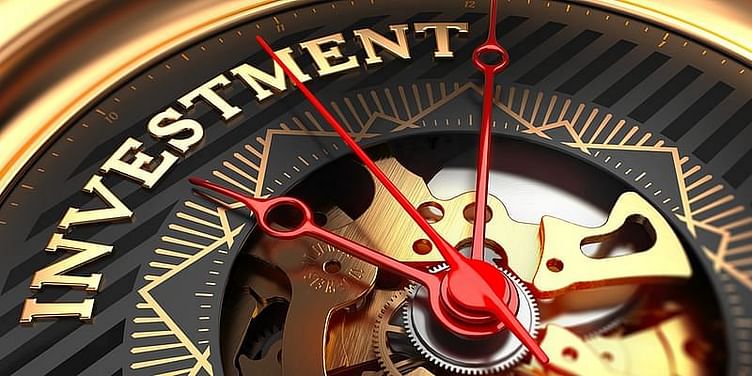 YourStory presents this daily roundup of the latest startup news and updates from the Indian startup ecosystem and beyond. Here's the roundup for Friday, July 30, 2021.

Debutant Lovlina Borgohain (69kg) assured India of its first boxing medal at the ongoing Olympic Games when she upstaged former world champion Nien-Chin Chen of Chinese Taipei to enter the semifinals on Friday. The 23-year-old Assam boxer prevailed 4-1 to make the last-four where she will square off against reigning world champion Busenaz Surmeneli of Turkey, who hammered Ukraine's Anna Lysenko in her quarterfinal bout.

Medical technology company GE Healthcare has selected six Indian startups under its 'Cohort 3' programme to help them build and scale up their technologies for their target market segments. The selected startups 4basecare, Haystack Analytics, zMed Healthcare Technologies, Tricog, Aira Matrix and Qritive will spend six months with healthcare industry experts from within and outside GE on their product development.

9Unicorns, India’s first accelerator VC firm, on Friday announced that it is launching a student-focused VC fund known as campus fund, university fund, or student capital. Students at premier institutes such as IITs and IIMs would have a second option to launch their startup in the coming campus placement season even before passing out of the college, according to a press statement.

Failing to ensure wider access to COVID-19 vaccines could undermine the global economic and trade recovery, a report of the World Trade Organization (WTO) has warned. The Director-General's mid-year report on trade-related developments presented to members on Thursday calls on WTO member countries to ensure that markets remain open and predictable.

﻿Sequoia Capital India﻿, one of the largest investment firms in the country, promoted five members to their leadership team amid an investment boom in the startup ecosystem.

According to a statement by the startup, the funds will be utilised for scaling up its domestic business and expand its geographical reach further across Europe and Southeast Asia.

﻿Google﻿ removed 71,132 pieces of content in May and took 83,613 removal actions in June following user complaints, the company said in its monthly transparency reports released on Friday.

In addition to reports from users, Google also removed 6,34,357 pieces of content in May and 5,26,866 in June as a result of automated detection.

Industry chamber CII on Friday said it has entered into an agreement with Serum Institute of India (SII) to accelerate Covid vaccination in small towns and rural areas.

The chamber said the partnership with Serum Institute will help catalyse industry participation to reach out to communities at large.

Additionally, private organisations such as the online trading platform of unlisted shares Unlisted Kart LLP and Chennai-based Conscience multi-family office, among other investors also participated in the round.

Social enterprise incubator, Villgro, announced its fifth edition of the social startup discovery platform – iPitch 2021. Bringing together its largest coalition of impact investors and incubators to channel its highest ever pool of funding, iPitch will provide an unprecedented $5 million to India’s social startups.

1.37 cr candidates enrolled under PMKVY since launch of scheme: government

The government on Friday said that 1.37 crore candidates have been enrolled under the Pradhan Mantri Kaushal Vikas Yojana (PMKVY) as on July 10 since the launch of the scheme, covering more than 700 districts and 37 sectors.

Skill Development and Entrepreneurship Minister Dharmendra Pradhan said that under the scheme, as on July 10, around 1.29 crore candidates are trained/oriented across the country against the target of 1.32 crore.

Maharashtra is now struggling with floods as heavy monsoon rains fall across several areas of the state. While many parts of the state are struggling to cope with the coronavirus pandemic, they are now faced with the ill effects of the floods.

In these trying times, philanthropist and MasterChef Sanjeev Kapoor along with World Central Kitchen (WCK), founded by Chef José Andres and Taj Hotels, started an initiative on July 30, 2021, to provide meals in flood-hit regions of Chiplun and Mahad.

The Software as a Service (SaaS) industry in India is expected to grow by 5x over the next five years, as the demand for talent and technological innovation has remained very strong, according to a report.

The joint study titled 'Indian SaaS Revolution: Rising Trillion Dollar Global Opportunity', and conducted by venture capital firm Chiratae Ventures and management consultancy firm Zinnov stated that over the last five years, there has been a 5x revenue growth and 2x growth in the number of SaaS companies.