25 women entrepreneurs to draw inspiration from 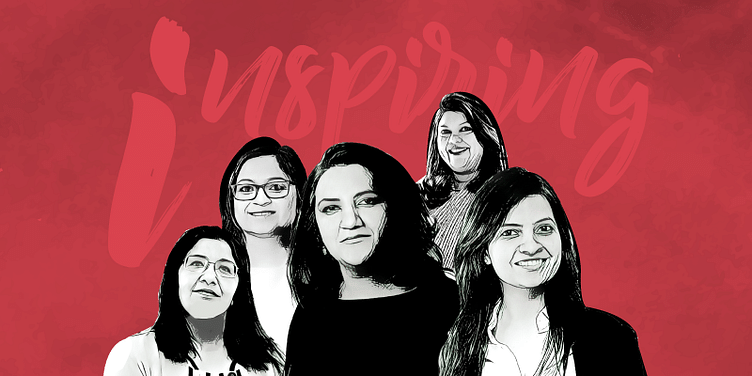 YourStory presents a list of women entrepreneurs that have changed the startup landscape of India with their grit, determination, and strength of purpose.

They embody the new India, which is bold, willing to take risks and learn from their mistakes.

Some, with little or no background in their chosen entrepreneurship endeavour, have not only managed to overcome knowledge and sector understanding barriers but also showed India how to do business. From making a social impact to being hands-on with technology to opening up new vistas and inspiring their own, these women are the leaders of today.

This International Women's Day, we celebrate the indomitable spirit of women and women entrepreneurs.

LogiNext is among the fastest growing SaaS companies in Asia and provides solutions to manage and optimise logistics and field workforce operations. LogiNext holds significant market share and is known for its expertise in providing tools with real-time route planning algorithms and real-time workforce performance analytics.

JetSetGo is a plane aggregator that manages, operates, and flies planes for plane owners. At the same time, it lets customers charter aircraft and provides, among others, cloud-based scheduling, aircraft management, and advanced trip-pricing capabilities with an inbuilt marketplace for services and parts.

CashKaro.com is a leading player in the Indian deals market and is the only venture capital-backed cashback site. CashKaro has evolved from offering cash-back and coupons and has moved into price comparison as well, which makes it an overall savings destination. The site also offers savings on offline retailers as well.

Aditi Gupta, the Founder of Menstrupedia, has been working relentlessly in her efforts to educate society about menstrual health and hygiene through her website. The Menstrupedia Comic has been shipped to South America and Philippines.

Under Upasana's leadership, MobiKwik is playing a pivotal role in India’s digital future. Her current responsibility is to lead MobiKwik's evolution into a financial distribution hub that caters to the financial needs and aspirations of a billion Indians and provides them access to all financial services such as pay, borrow, save, and invest on the MobiKwik platform.

Anu Acharya started Mapmygenome in 2011 to ensure that people are aware of their genetic makeup and work towards preventing diseases. The concept was to inculcate a healthier life by analysing an individual's genetic report and health history and combining it with genetic counselling.

The FreshMenu model focuses on offering a new menu to customers each day, chefs preparing the meals in cloud kitchens and the deliveries happening in about 45 minutes. With food being prepared in-house, FreshMenu has a skilled kitchen team. It, along with most top players in the industry, has opted to have its own delivery team.

The Parikrma Foundation, whose motto reads, ‘A life on equal terms’, has a simple mission – to ensure that even the poorest child from the slums can access the best possible opportunities in the world. It started with a rooftop school in Rajendranagar in Bengaluru with 165 students 12 years ago. Today, the Foundation successfully runs four schools in Bengaluru – Jayanagar, Sahakarnagar, Koramangala and Nandini Layout, imparting education to as many as 1,700 students.

Started in 1997 by Chetna, the Mann Deshi Bank is a Cooperative Bank run by women, for women. It is one of the largest microfinance banks in Maharashtra. She was recently invited as a speaker at the World Economic Forum at Davos.

Revathi’s passion manifested in multiple ways and primary among them was ForShe - the first women taxi service in Asia, started in 2007, followed by similar initiatives such as Viira in 2010 and the most recent one being HeyDidi, a women-only platform focussed on providing delivery be it food, medical reports to even groceries, via an app.

Greenway Grameen is India’s largest selling cook stove that has also entered international markets such as Nepal, Bangladesh and Mexico. This is a single-burner high-efficiency cooking stove that helps save 70 percent fuel cost (uses wood, agro-waste, cow-dung, and charcoal), minimises harmful emissions (around 1.5 tons of CO2 per stove) and reduces cooking time by almost 304 productive hours per year on an average.

SocialCops is a data intelligence startup based in New Delhi. Its platform is used by leaders and organisations not only in India, but around the world, to make decisions faster, smarter, and more data-driven.

ZestMoney is essentially a consumer finance technology platform that enables online shoppers to create a virtual EMI in real-time at e-commerce portals. With data gathered from sources like credit information bureaus, ZestMoney conducts backchecks before a loan is disbursed by the bank or NBFC. Since repayment of a ZestMoney EMI does not depend on credit cards, more customers can shop online.

Safecity falls under the GIS (Geographic Info System) mapping /geospatial technology and uses open sourced technology Ushahidi which facilitates crowd-mapping of information. It is a platform that documents personal experiences of sexual harassment and abuse in public spaces and translates that information onto a map in the form of hotspots or location-based trends.

Chiki is among those who realised the value of leveraging technology in publishing early. Her startup Juggernaut is changing the way Indians read books. Its app’s free-to-paid conversion is 10 percent, much higher than many other popular apps.

Mad Street Den’s goal is to bring computer vision to every device, from high-end displays to low-end smartphones using its cloud-based machine learning platform. Its proprietary framework promises to deliver real-time video analysis in a plug-n-play manner. It allows customers to easily incorporate various pattern recognition tasks into a wide range of applications.

Padmaja started the organisation in 2009. The angel network has over 130 investors and has invested in various companies. Padmaja has been a key figure in the Indian entrepreneurial ecosystem from the time she set up TiE Delhi Chapter which was the first TiE chapter in India (and has also won the best chapter award globally for the last four consecutive years). Padmaja also revived the Indian Venture Capital Association post which she formed IAN.

This doctor who is also an entrepreneur is passionate about telemedicine, having co-founded and is the Chief Dreamer at Teleradiology Solutions and RXDX multi speciality acute care clinics in Bengaluru, apart from incubating other startups in the telehealth space such as Healtheminds - a tele-counselling initiative and a trust fund People4people that has put up over 560 playgrounds for children in government schools in India. Her initiatives are disrupting the healthcare sector by using technology for diagnosis.

It is a luxury Indian brand specialising in exquisite hand-blended teas, premium letter-pressed stationery and bespoke locally produced accessories. Founded by Radhika Chopra in early 2015, the story and aesthetic of the brand uses design, quality and innovation to bring a moment of the elegance of a bygone era into the homes and lifestyles of today.

Launched in 2012 for the US market followed by the global launch later, Jaypore is a platform claims to build itself on the Indian heritage of quality craftsmanship, well-curated collections, authenticity and a unique design aesthetic for a delightful all-round customer experience.

BankBazaar is a mammoth online marketplace which aims to inculcate financial awareness among consumers by giving them instant customised rate quotes on different financial products.

This woman entrepreneur from Coimbatore is spearheading India's e-vehicles revolution and empowering other women with the current women workforce being more than 30 percent.