This Independence Day, a look at how the govt and enterprises are working towards gaining freedom from social ills 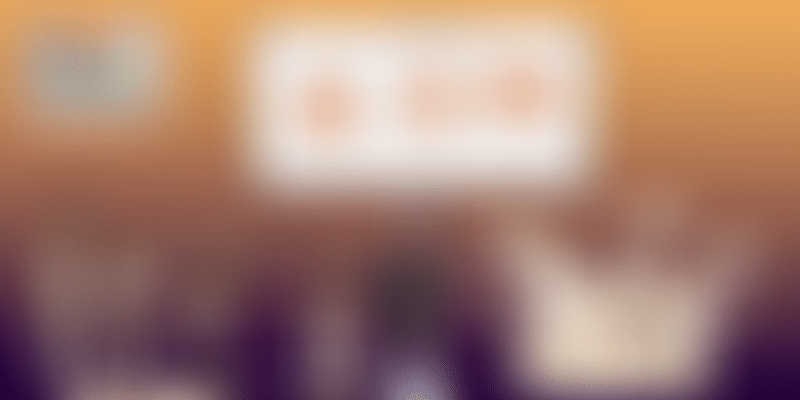 This Independence Day, let’s reflect on some social barriers that we need to break as a nation in order to obtain the real taste of independence.

The essence of words like ‘freedom’ and ‘independence’ can be tricky and largely subjective. India gained independence from the British colonial rule a good 72 years back and went on to build a strong and democratic country thereon.

Albeit the great victory after over 90 years of struggle, today, India still has to contend with a few challenges from the bottom all the way to the top. When addressed collectively as a society, the resulting scenario can give the citizens both happiness and a better quality of life.

Low agricultural productivity, lack of healthcare facilities, inaccessibility to good education, environmental degradation, and compromised women safety are some of the issues that have been coming in the way of people’s liberation.

This Independence Day, let’s reflect on some social barriers that we need to break as a nation in order to obtain the real taste of independence.

Beyond Angel Tax, what does freedom truly mean for Indian startups?

While women discontinue their formal education due to domestic responsibilities, male dropouts are largely attributed to being engaged in economic activities. Well, it is not uncommon to find young boys serving food at eateries or filling petrol at fuel stations.

The Government of India, along with educational institutes and other organisations, has been trying to bridge this gap in inequity, and educate more and more people.

One such non-profit organisation (NGO) is Maatram, which is working tirelessly to make education more accessible. Founded in 2013 by Sujith Kumar and Punitha Anthony, it has helped around 677 underprivileged children get access to higher education for free.

The Indian government has introduced a number of initiatives, including Chunauti 2018 policy, which focuses on the education of children at schools, and ePathshala, which aims to improve the reading ability of students by distributing textbooks for free to those pursuing higher education.

Though there is still a lot to be done in India’s educational space, the efforts put in by various parties contributed to the total enrolment of female students increasing by five percent on an annual basis with an estimate that by 2030, women pursuing higher studies might turn out to be more than men.

After all, empowering citizens is one of the most valuable assets, and what better way to do this than give away educational opportunities?

One of the gravest concerns that the country is grappling with right now is perhaps the extent of sexual violence inflicted on women and children. India is known to be the most unsafe country for women in the world.

The nation has witnessed several unforgiving acts of sexual violence in recent times, like the Kathua and Nirbhaya rape case.

However, in 2018, all the citizens expressed these woes and raised their voice against the perpetrators through the #MeToo movement. A number of personalities, including veteran actors Alok Nath and Nana Patekar, comedians like Tanmay Bhatt and Gursimran Khamba, were named in the process. Social media was rife with allegations for several days.

Following this, the Criminal Law Amendment Bill of 2013 was passed and an anti-rape law called the Nirbhaya Act was tabled. The National Commission for Women set up a separate cell to handle complaints of sexual harassment at workplace in 2018.

Startups like Sexual Harassment Law Compliance (SHLC) works with corporate houses and universities to help sensitise the management and staff to sexual harassment at the workplace.

While the government and others are helping ease the situation, it is in the hands of citizens to change mindsets so that India can be a country that is free from fear of gendered violence.

For over 70 years, Indian farmers have been toiling hard to produce bumper harvests. However, the sector has seen slow progress in recent years, and farmers have hardly got any freedom from the distress. Low farm incomes, crop failures, poor employment rates, and increased incidences of farmer suicides point to a multidimensional problem.

A slew of NGOs and startups are coming together to address the many gaps springing from a lack of awareness in the farming community, archaic agricultural practices, and poor penetration of technology.

For instance, the Deshpande Foundation launched the Neer Sinchina programme in the same year with support from the Tata Trusts to help facilitate irrigation in drought-prone areas across Northern Karnataka.

Mumbai-based startup FreshVnF has been using machine learning (ML) to optimise a farm-to-fork supply chain by connecting farmers with hotels, restaurants, and cafes across India.

The Gurugram-based enterprise The Krishi founded a one-stop digital platform in the form of a mobile application for farmers to obtain useful tips and information in order to boost both productivity and income.

Known as the Kisan Network app, the interface was designed to include features to assist farmers, right from the location of nearby marketplaces or mandis, weather predictions, seed and fertilizer details, specifics on cropping techniques and government schemes as well as real-time insights on technical tools.

The government, too, has been actively contributing to the welfare of farmers. Kisan Mitra, an intermediary between the farmers and the government, was set up to ensure farmers receive their entitlement according to the monetary schemes enlisted to them. The setup also protects farmers from moneylenders who charge exorbitant interest rates.

To add to this, schemes like Pradhan Mantri Fasal Bima Yojana and Paramparagat Krishi Vikas Yojana are attempting to deliver a new lease of freedom to the farmers.

According to a report released by the Indian Council of Medical Research, around 77 percent of India's population is exposed to outdoor pollution levels above the National Ambient Air Quality Standards safe limit, making it one of the biggest health hazards.

Pollution has different forms — air, water, land, and plastic — and attaining freedom from them all may sound like a pipe dream. However, many entrepreneurs and citizens have been devising innovations and kickstarting initiatives to combat it.

For example, Nanoclean, a startup incubated at IIT Delhi, has developed a nasofilter that sticks to the user’s nasal orifice, and restricts foreign particulate matter. The team has ensured it is an environment-friendly product and gives negligible breathing resistance.

Bengaluru-based social enterprise rePurpose, is attempting to reduce plastic pollution by helping people keep a tab on their consumption and also negate the ill-effects attached to it. The organisation has developed an algorithm to help people calculate their plastic footprint at an individual level.

The Indian government also joined hands to beat plastic pollution in 2018 by banning all ‘single-use’ plastic materials across the nation. Alongside this, initiatives like upcycling plastic and organising clean-up drives across public spaces, national reserves, historical sites, lakes, and forests were launched both at the government and the citizen level across various cities.

The healthcare space in India has wide disparities and gaps due to improper healthcare facilities and inaccessibility to basic medical needs. The country’s healthcare spending remains low at 1.2 percent of the GDP. This is dismal when compared with the US’ 17 percent or China’s 5.5 percent. Presently, India has just 0.7 doctors and 1.1 beds for every 1,000 of its citizens.

Freedom from this skewed setup is of utmost necessity to protect the health and well-being of the citizens.

Delhi-based Smile Foundation has been putting in efforts to take healthcare to the poorest of the poor over the last few years. And, to achieve this, it initiated a unique delivery model, called ‘Smile on Wheels’, which seeks to assist problems of mobility, accessibility, and availability of primary healthcare to rural folk.

Care India, on the other hand, is working in close collaboration with the government to secure accessible maternal and child healthcare across villages in India.

Bengaluru-based startup Niramai is using artificial intelligence (AI) for pain-free breast cancer screening. The screening device developed by the enterprise can detect tumours five times smaller than what a clinical exam can catch.

Another startup located in Bengaluru, called Forus Health, is using technology to fight the skewed ophthalmologist-to-patient ratio in India. With its portable innovative product 3nethra, screening of common eye problems that can lead to blindness can be done within a few minutes.

As Toni Morrison wrote in Beloved, “Freeing yourself was one thing, claiming ownership of that freed self was another.” Here’s hoping this Independence Day brings freedom to every citizen of India.

Independence Day 2019: Where are the jobs in India?