These 5 cleantech startups are making India self-reliant and sustainable 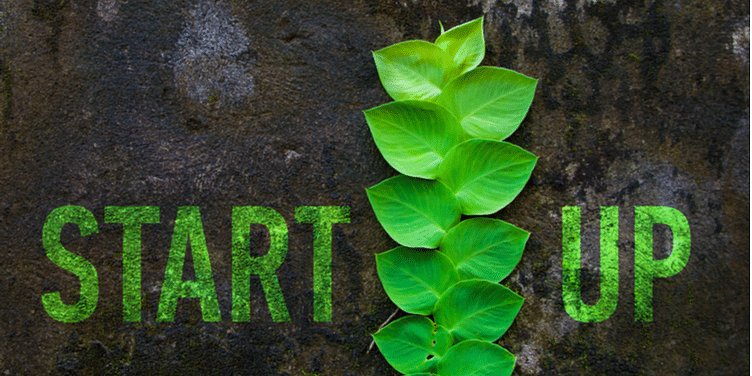 As India moves towards renewable energy, these startups have come up with innovative solutions to contribute to India’s clean energy goal

The world is quickly moving towards renewable energy due to fast depleting natural resources, growing population, and rising urbanisation. While the situation is driving the need for sustainable products and solutions, balancing economic growth and environmental concerns are the need of the hour.

According to the Ministry of Power, as of March 31, 2020, 35.86 percent of India’s installed electricity generation capacity is from renewable sources, generating 21.22 percent of total utility electricity in the country.

As the need to tackle climate change gets together and bigger than ever, YourStory lists 5 cleantech startups that have come up with innovative solutions to contribute to India’s clean energy goal.

A roof-top solar platform system, ﻿Oorjan﻿ offers solutions to set up and maintain solar panels for households and businesses, and aims to take solar energy to the maximum number of people.

Some of the services offered to its customers include engineering, procuring solar panels, commissioning, liaising with authorities, and financing.

Founded in 2014 by Gautam Das and his IIT-Bombay batchmates Roli Gupta and Hrishikesh Deshpande, Mumbai-based Oorjan is operational across 14 states in India with more than 1,000 customers.

The company is now in the process of raising funds. In 2017, the startup raised a seed investment of $450,000 from Globevestor and others. It is also trying to come up with solutions that will help recycle the solar panel waste.

Bengaluru-based cleantech startup ﻿Log 9 Materials﻿ is a nanotechnology company that aims to revolutionise the energy sector with an innovative zero emission and low-cost aluminium-air fuel cell.

Started in April 2015 by Akshay Singhal, Kartik Hajela, Log 9 Materials has developed aluminium fuel cell technology for both stationary and automotive applications. The startup uses ‘graphene’ to make these cells commercially viable as well as economical and sustainable for the domestic and international markets.

The startup states that its aluminium-fuel cells have the potential to revolutionise clean energy, electric mobility, and transport sectors in India and across the globe.

During the coronavirus pandemic, the startup developed a disinfectant chamber called CoronaOven. The product can be used to disinfect materials such as ecommerce packages, grocery items, milk packets, wallets, electronic gadgets, masks, gloves, etc., within 10 minutes.

In October last year, the startup raised $3.5 million as a part of its Series A round led by Sequoia India's scale up programme Surge and Exfinity Venture Partners.

After over two years of prototyping and testing, Gurugram-based cleantech startup OxyGarden launched its first commercial product – Forest – in January 2020.

Founded by serial entrepreneur Abhishek Gupta, OxyGarden was launched in early 2019 with the vision of growing soilless gardens inside living rooms.

In late-2019, it raised a small seed round of $70,000 from unknown investors, and said it is looking to close Series A round of Rs 10 crore by the end of this year.

While in college, Neeraj saw a major gap in the solar industry where a lot of water was getting wasted while cleaning the solar panels. To counter this, Neeraj developed a robot for cleaning solar panels as a project in his final year at IIT Jodhpur. He realised that his project holds a massive business opportunity. Soon after, he met his co-founder Manish and the duo launched Skilancer Solar. The startup was incubated by IIM-Lucknow in the beginning.

The startup provides an autonomous robotic cleaning system, which is capable of cleaning the solar panels without water or any manual intervention. Further, the robot is equipped with artificial intelligence (AI) to analyse the weather condition and power generation, and work accordingly.

Earlier, in January this year, the Noida-based startup raised an undisclosed amount of funding from Venture Catalysts.

In November 2017, the startup raised series A funding of $2 million from SAR group.

Following the impact of COVID-19, the clean-tech startup has stepped up and launched a high-quality face mask. It has also introduced N95 and N99 mask.

(With inputs from Sohini Mitter, Bhavya Kaushal, and Shreya Ganguly )