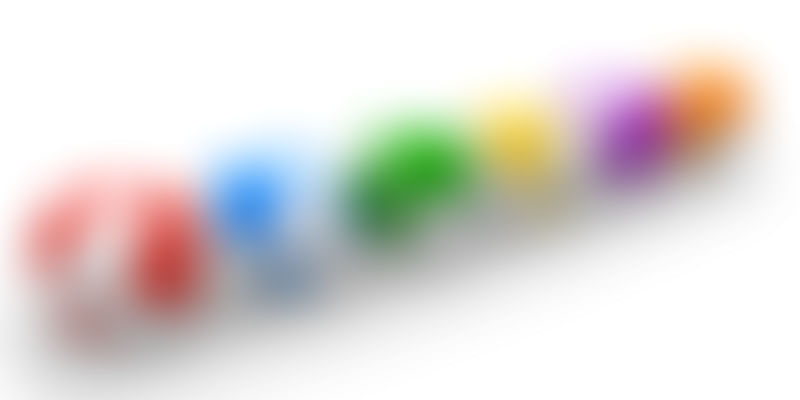 In this compilation of quotes, we present insights from industry leaders on innovation, tech impact, and international partnerships.

With the theme Next is Now, the 23rd edition of the Bangalore Tech Summit (BTS) examined the latest contributions of the bio and IT sectors to prepare for the new normal and beyond. BTS has become the platform of choice for tech leaders, policymakers, startups, technocrats, young innovators, investors, social entrepreneurs, and academia.

Held entirely online this year due to the coronavirus pandemic, the event was organised by the Government of Karnataka. It featured a multi-track conference, exhibitions, innovation showcases, global innovation alliances, workshops, product launches, quizzes, awards and poster exhibits.

The annual summit represents the coming together of two earlier events, Bangalore IT.com and Bangalore BIO. It showcases Bengaluru’s positioning as one of the most sought after tech destinations in the world.

Drawn from YourStory’s in-depth coverage of BTS 2020, we present 40 quotes on mindsets, skillsets and toolsets of digital transformation on a global scale (see Part I of our quotes compilation on healthcare and bio- technology here).

Two years of digital transformation has happened in two months, only because we were forced into it and also by working remotely. - P Srikar Reddy, Sonata Software

What we thought we would do in five years is something we will be during in the next five months due to the current situation. - Chetan Garga, Allstate India

What has changed is the mindset, attitude, perspectives, and possibilities... and these changes will stay. - Pradeep Kar, Microland

There needs to be a sense of purpose and value from what you're doing. So, you need to know what you're looking for. And what is the size of the prize. - Noshir Kaka, McKinsey

Universities can only train, people should decide what they want to do. What can really move a lot of great talent into this space is great success stories. - Ajay Maniar, Aavishkar Fund

We're seeing more startup veterans who are applying their experience from the startup ecosystem to the agritech sector. - Mark Kahn, Omnivore Ventures

Banks are going to be disrupted by the platform model. Rather than building everything internally, acquisitions and partnerships are the way forward. - Shilpasree Nagarajan, Société Générale

Especially in a post-COVID world, MSMEs’ need for credit is as high as ever. - Pramod Varma, Aadhar

Trust is going to become the key currency in a hyper-digital and contactless world. - Debjani Ghosh, NASSCOM

Startups have the opportunity to explore the vast opportunity in the space sector. - Sudheer Kumar, ISRO

At the end of the day, as technologists, the most satisfying part is how many lives we can save. Only then will we be assured that technology has truly delivered. - S. Sadagopan, IIITB

When human babies are born into this world, they are preloaded with great software that will make them learn. We end up breaking that software called curiosity in our schools and our families. - Sonam Wangchuk, SECMOL

Pivot and Persist: this Delhi-based IoT startup is fighting COVID-19 with Made in India ‘Go Corona’ bags

With advances in technologies such as Augmented Reality, we will see an increased number of hybrid jobs where a human’s vocational skills will complement the capabilities of advanced technology. - Dr K Kasturirangan

People are spending more time online and producing more data. Automation is picking up. AI has to play a key role at the core of all this to make it work seamlessly. - Manish Singhal, pi Ventures

The very definition of deep tech is that the business model is based on very high tech innovation and scientific discovery. - Jitendra Chaddah, Intel India

Deep-tech startups used to work in silos, while corporates with legacy systems were trying to move to digital transformation. The pandemic has accelerated the convergence of these two parallel worlds. - Anoop N Menon, Accenture Ventures and Open Innovation

This is a new decade where we see a digital green revolution. - Prashanth Prakash, Accel Partners

Software-defined and data-driven approaches are the two principle foundations that will define how one will use AI. - Vishal Dhupar, NVIDIA

The next 30 years are going to be even more exciting and businesses will continue to transform by adopting these technologies. - Kris Gopalakrishnan, Axilor

Integration will give birth to decades of innovation. - Anand Mahindra, Mahindra Group

Technology helped to bring people together during the crisis. The pandemic was thus a bend in the road, and not the end. - PM Narendra Modi

India is among the top three countries in the world to produce engineers. In one of its research, Stanford has also put India in the top two countries which can create an impact in the digital economy. - Jeyandran Venugopal, Flipkart

India, over the next decade, will have the highest young population in the world, with more than 50 percent of the population below the age of 35 aspiring for high quality education. - Dr K Kasturirangan

Over the next two years there is going to be quite a number of IPOs from startups in India. 2022 will be a big year. - Rajan Anandan, Sequoia Capital India

If you think about cities, especially huge cities like Mumbai, the high footfall level gives a really big opportunity to take that power and use it for things like street lights, like plein air systems, and even powering things like Wi Fi. - Laurence Kemball-Cook, Pavegen

Earlier, India was largely known for its B2C startups. Now there's a lot of stuff that's happening on the B2B side. - Madhurima Agarwal, NetApp Excellerator

Within India’s media and entertainment industry, the animation sector has achieved a growth rate of 18 percent and the e-sports sector has seen a 34 percent growth rate. - Biren Ghose, Technicolor India

The two ‘Ds’ have done a great job — drones and data analytics. When you use them together, it is an ideal enabler of productivity in India, more so because of the small size of the farm. - Kota Harinarayana, IIT Varanasi

Holland is not a bad place to take your business. Everyone speaks English, we have the faster internet in the EU, we also have the highest density of Indian restaurants in the city. - Gert Heijkoop, Consul-General of the Netherlands, Bengaluru

Between 1990 and 2018, the UK nearly halved emissions while growing the economy by 75 percent. So it shows it makes sense economically to take action. - Jan Thompson, High Commission for the UK, India

Business and technology rest on the solid bedrock of the strategic and political relationship between France and India. - Marjorie Vanbaelinghem, Consul General of France, India

We are on the roadmap to digital, and we want to partner with India on artificial intelligence, cyber, supercomputing and quantum computing. - Emmanuel Lenain, Ambassador of France to India

In France, the discussion is how to empower people with data and there’s great scope for cooperation between France and India on account aggregation. - Nandan Nilekani, Infosys

We often overlook the fact that Earth has finite resources. Working in space actually brings forth these limitations and constraints alive and in a far more acute manner. - Pascal Rosenfeld, Aleph Farms

When it comes to cross-border innovation, digital transformation has taken centre stage all across the world. It is no secret that you have fantastic talent in India and they are taking over worldwide. - Julian Zix, GINSEP

The COVID-19 pandemic has highlighted the importance of new technologies and innovating with trusted, like-minded countries on critical technologies to ensure a safe, secure and prosperous future for citizens. - Barry O'Farrell, Australia's High Commissioner to India

In India, there's no hesitation on the co-innovation front. - Lalit Tyagi, Sopra Banking

It’s safe to say that the next normal is really cross-border innovation. - Smita Malipatil, IndiVillage