‘It is a trap to be satisfied; one always needs to change the status quo’ – 50 quotes from Indian startup journeys 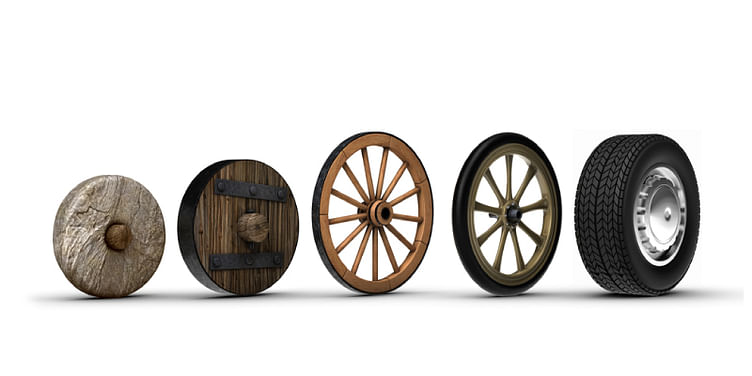 From creativity to change, witness the memorable journey of Indian entrepreneurship in these quotes, excerpts, and stories.

Launched in 2014, StoryBites is a weekly feature from YourStory, featuring notable quotable quotes in our articles of this past week (see the previous post here). Share these 50 gems and insights from the week of July 1-7 with your colleagues and networks, and check back to the original articles for more insights. See also our compilation of Top 50 Quotes from 2018 here.

It's not about being fake. It's just about allowing the negative mental chatter to become positive and empowering. - Janki Ravani, House of Happiness

Failure is not the opposite of success, it’s part of success. - Arianna Huffington

Believe the voice in your head telling you to just do it, even if everyone else discourages you. - Tanaz Mohammed, Mumbai City Football Club

If you are too fast you will burn a lot of money. And if you are not fast enough, you lose market share. - Elmar Degenhart, Continental AG

Money management isn’t about being perfect. It’s about doing your best and making adjustments as you move along. - Nidhika Bahl, ‘The Queen Of The Comeback’

The Indian economy will grow to become a $3 trillion economy in the current year. It is now the sixth-largest in the world. - Finance Minister Nirmala Sitharaman

The government’s focus on electric mobility and EVs in Budget 2019 is inspiring. - Bhavish Aggarwal, Ola

Support should be provided to leverage programmes like Startup Visa and Exchange Programmes to learn from other leading ecosystems of the world. - Murali Talasila, PwC India

The new dedicated startup channel to be operated by the Doordarshan Group will encourage people in the remotest parts of the country to take the path the entrepreneurship. - Meena Ganesh, Portea Medical

Investments in skills and education can be directly mapped to a country’s commitment to economic growth. - Vineet Chaturvedi, Edureka

Two sectors where India needs to focus if we want to become a $5 trillion economy by 2022 is agriculture and small scale manufacturing. - Alok Patnia, Taxmantra

Entrepreneurship is no longer a big-city phenomenon. This is a pan-India movement and awakening. - Vaibhav Agrawal, Lightspeed Venture Partners

The right regulatory atmosphere and legal framework will give the challenging landscape of Indian healthcare, a new lease of life. - Pradeep Dadha, Netmeds

The growth in dual income households is creating a pain-point in the availability of quality, affordable food. - Anirudh Damani, AVF

From no single Indian institute in top 200 universities ranking until five years ago, we now have three institutions in the top 200 global institutions bracket. - Finance Minister Nirmala Sitharaman

Employees in India are looking forward to picking up new-age skills to make themselves more relevant in the current workforce. - Ronnie Screwvala, upGrad

India has been lacking in many fronts when it comes to the cervical cancer space, especially in rural areas. - Adarsh Natarajan, Aindra

While everyone focussed on the youth as a growing demographic, most people failed to acknowledge India’s fast-growing senior citizens population. - Ayush Agrawal, Seniority

By 2020, around 650 million Indians will be online, and every aspect of their life will be digital. - Prashasta Seth, IIFL AMC

Education financing is a massive under-served opportunity in India where a tiny percentage of students have access to bank credit. - Ritesh Banglani, Stellaris Venture Partners

The state's government should act on promoting techniques like greenhouse farming for small-holder farmers, micro-irrigation, and other climate-smart farming techniques. - Sathya Raghu, Kheyti

In an increasingly digitised business landscape, it would only make sense for SMEs to go the ‘digital way’ in order to achieve optimal levels of productivity and scalable growth. - Pravin P Daryani, A&A Business Consulting

It is essential for SMEs to identify where the demand for their product truly lies in international markets instead of choosing already saturated markets. - RS Subramanian, DHL Express India

The impact of heat stress on labour productivity is a serious consequence of climate change. - Catherine Saget, ILO

With the current crippling water crisis, rejuvenating water bodies, growing water-efficient crops, and recycling waste water are possible ways to avoid the recurrence of such an acute water crisis in future. - Vishwanath Srikantaiah

It’s time more people join the cause of making this planet livable for the next thousands of years. - Vinamra Pandiya, Qtrove.com

Simple freezing leads to the formation of large ice crystals in the cells of the product, thereby leading to loss of nutrients, texture, and taste. - Mithun Appaiah, Innovative Foods

Users do not need to have a PhD in data science or ML or be a mathematics expert to build something. - Gabe Hollombe, AWS

What if data scientists could acquire external data within minutes, instead of the months it takes right now? - Varun Banka, Atlan

People should be limited only by their imagination and not tools. The best data scientists are the ones who start with a problem to solve and use data as a tool. - Shantanu Bhattacharya, Locus.sh

Using the data from benchmarked previous projects, managers would be able to run sophisticated analyses using AI to forecast the timelines of the next activity in the construction cycle. - Sameer Dhanrajani, Fractal Analytics

Broad AI can learn across different disciplines and augment human intelligence. This will unleash the power of AI to transform the world in dramatic ways. - Gargi Dasgupta, IBM

Without an ecosystem, there is no way an idea can be discovered and shaped to succeed. - Kaarthick Balakrishnan, Cultiv8

Youngsters have a number of opportunities to save more, and achieve more. - Priyanka Dhavale, Invest N Rich

Everyone wants work-life balance, so employers should shape a differentiated experience to attract the best talent. - Paul D’Arcy, Indeed

Hustle hard. As an entrepreneur you will have to work 10x harder than everybody else. - Malini Agarwal, ‘MissMalini’

It doesn't matter the relative hours you're spending, but the quality of time matters more. - Amit Agarwal, Amazon India

If each one of us can take it upon ourselves to do our bit to the society, the world will become a much better place. - Sanjana Runwal, Clean-Up Foundation

It is a trap to be satisfied; one always needs to change the status quo. - David Gurlé, Symphony