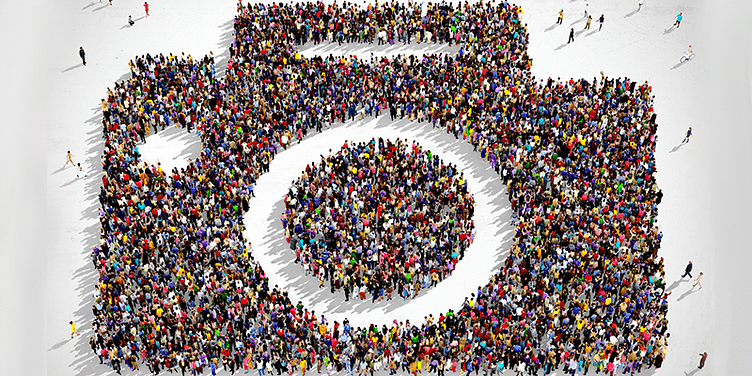 From idea to impact, witness the memorable journey of Indian entrepreneurship in these quotes, excerpts, and stories!

Launched in 2014, StoryBites is a weekly feature from YourStory, featuring notable quotable quotes in our articles of this past week (see the previous post here). Share these 25 gems and insights from the week of September 21-27 with your colleagues and networks, and check back to the original articles for more insights. See also our special compilation of quotes related to India’s coronavirus responses here.

Create an organisation that is designed for scale, otherwise, you will never get there. - Ashok Soota, Happiest Minds

High attrition continues to be the bane of the corporates with 23 percent of the small businesses failing due to lack of the right team. - Vinay Kotra, BigLeap

It is also important to do a regular ‘reality-check’ to make sure your actions as a team align with the end goals. - Rahul Aggarwal, Coffeeza

In India, there are around 40 crore entrepreneurs that need business education. - Vivek Bindra, Bada Business

About 15 lakh new cancer patients are diagnosed every year in India, and yet many more go undiagnosed. - Karan Chopra, Hospido

Forced labour, debt bondage, and other forms of abuse are very much prevalent on a large scale in the country. - Bhanuja Sharan Lal, MSEMVS

There aren't many specialised companies making uniforms in India. It is a very traditional and fragmented space. - Vanshika Choudhary, KYNA

When it comes to organic food, the Indian market offers great scope for brands to explore and innovate. - Seema Jindal Jajodia, Nourish Organics

The paradigm of co-living operations across India is a pure brick-and-mortar service masquerading as a tech-play. - Rishi Sreedharan, Dwellingo

As the startup ecosystem develops in India, there is an immediate need for awareness and structured learning around private markets from a practitioner point of view. - Ravi Varanasi, NSE

The speed at which startups is growing is a lot of food for thought to the policymakers at both Centre and states to work with the ecosystem and find ways and means to further encourage and support them. - Piyush Goyal, Union Commerce and Industry Minister

Israel has more companies on the NASDAQ than Korea, Japan, Singapore, and all of Europe - combined. - Dan Senor and Saul Singer, ‘Start-Up Nation’

It was only in late 2018 that startups started being included in the spacetech sector; the ecosystem now knows how startups can contribute to the market. - Rohan M Ganapathy, Bellatrix Aerospace

Everyone’s always looking for that extra special actor, director, writer, singer, or editor. And the talent pool is the same. - Priya Shetty, FTCTalent

One can never master art. The more you create the more you realise that there is so much more to learn. - Christine Borgohain, 'Akanksha'

In this decade, authenticity is going to count a lot. Irrelevant products and stories won't matter. - Philip Alexander, Auravedic

With the next-generation consumer, Gen Z, representing 40% of all global consumers, there will be a demand for authenticity and social and ethical responsibility. - Tricia Carey, Lenzing Fibers

Parents should develop the ability to accept teens and young adults for who they are, as opposed to who they want their children to be. - Preeti Shenoy, ‘When Love Came Calling’

Don't let anyone think of your gender before they give you any kind of opportunity. Self-care and self-love are two separate things. - Avantika Kukreti, Momspresso

Our face is the most sensitive and the most neglected part of our bodies and also face the worst damage. - Mansi Moolchandani Chandok and Rahul Chandok, Wonderskin

If you don’t use it, great for you, if you use it, you’ve always had it with you -- that's venture debt. - Vinod Murali, Alteria Capital

Even failures have successful elements and recognising them first makes it easier for teams to think critically about what didn’t work. - Jean Storlie and Mimi Sherlock, 'Once Upon an Innovation'

Don’t look for people who have worked with very small scale or very large scale because both extremes are not a good idea. Find a sweet spot and look for people who would take the company forward in the next two years of scaling. - Jeyandran Venugopal, Flipkart

You need to praise at least three times as much as you criticise to keep employees happy. - Brigette Hyacinth, 'Leading the Workforce of the Future'

Everybody is a superhero. All we have to do is step up and help someone in need. - Dushyant Kapoor, DK FILMS