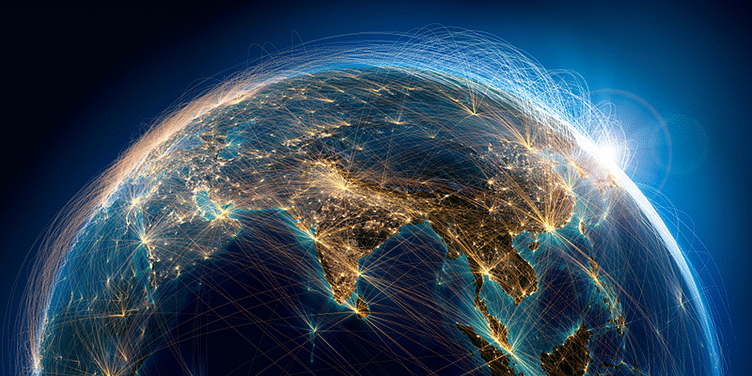 Drawn from our comprehensive coverage over the year, we present 50 insightful quotes on the opportunities, challenges and trends in India’s business ecosystem.

Launched in 2014, StoryBites is a weekly feature from YourStory, featuring notable quotable quotes in our past articles. Share these gems and insights with your colleagues and networks, and check back to the original articles for more insights.

Drawn from our extensive coverage of entrepreneurship, innovation and technology, we present 50 quotes on the continuing rise of startup, digital and D2C ecosystems in India. We have divided these 50 quotes into eight categories: The big picture, startup ecosystem, talent, global hub, fintech, sectoral opportunities, ecommerce, and the road ahead.

YourStory wishes all founders, innovators, and changemakers a happy holiday season, and all the best for success and impact in 2023!

India at 75 is an entirely different beast with a hunger for growth, high aspirations, and capabilities to not just accomplish but exceed its own expectations. - Ketan Sabnis, Kylas

True progress of India lies in the development of her villages. - Kulmeet Bawa, SAP

As a country, we are progressing towards a greener and cleaner future, but we continue to ignore the myriad of challenges two-wheeler users face on the ground today. - Sravan Appana, iGowise Mobility

The desire to give permeates the social fabric of our country, and philanthropy has been on the upswing in India, especially among our young population. - Siddharth Ladsariya, Young Volunteers Organisation

The next decade for India is monumental. By 2030, India will be one of the most important economies in the world and the founders of today will play a huge role in accelerating this change. - Anu Hariharan, YC Continuity

The country's startup ecosystem is expanding at an unprecedented rate. In just one year, the number of unicorns has increased by 65%. - Anas Rahman Junaid, Hurun India

India’s economic growth over the next decade will create hundreds of unicorns. - Abhay Aggarwal, Piper Serica

India is a hotbed of technological innovation, with so many SaaS companies clamouring for a modern analytics partner to help take their growth to the next level. - Sudheesh Nair, ThoughtSpot

India possesses one of the world’s great talent pools, with some of the world’s best technical education, and a technology sector estimated to be worth $1T by 2030. - Rahul Samat, Entrepreneur First

India's unique strength is its large developer population...Rapidly adding to it now is the low-code/no-code platforms that are democratising digital asset creation. - Anant Maheshwari, Microsoft﻿

There was a time when the best talent left the country to seek better opportunities. However, things have changed for the better. India is now creating products for the world. - Nishant Patel, Contentstack

We are going to play a significant role in technology and manufacturing – we are going to become the product nation. - Suryaprakash Konanuru, Ideaspring Capital

Edtech is a sector where India has the potential to create global champions by solving the trilemma of cost, quality, and scale. - Byju Raveendran

With most companies adopting digital transformation, the paths to grow for 'skilled employees' are unparalleled. - Hari Krishnan Nair, Great Learning

India has the advantage of having people with sharp technical skills who also have a creative mindset. Indian companies will play an important role in building and shaping the Metaverse. - Zeba Khan, Xenvis Solutions

I don’t think technology is a challenge for India. The biggest gap I see is the ability to think creatively. If we don’t do that, we will lose out – we will always be the back office of the world and never be technology creative for the world. - Ramesh Loganathan, IIIT Hyderabad

India stands tall as one of the largest digital hubs in the world. - Harish Mehta, ‘The Maverick Effect’

The IT sector has proved that a world-class industry can be created in India. - Gurcharan Das

Global capability centres are being set out here and real high value work is going out from here to the globe – not just in banking, but in other sectors as well. - Lingraju Sawkar, ﻿Kyndryl

India currently accounts for around 45% of the global GCCs (global capability centres) in operations and this share is expected to grow further. - Sachin Alug, NLB Services

Today, India is uniquely positioned to become a leading hub for global app innovation with tremendous opportunity for Indian startups across the country. - Purnima Kochikar, Google

From leading in app adoptions to emerging as a large global developer hub, India will play a critical role in the evolution of the global app ecosystem in the coming decade. - Aditya Swamy, Google Play

The Indian fintech market is worth $31 billion and is only behind China and the US. With over 6,000 fintech startups in the country today, the sector might also emerge as the key industry for job seekers, creating job opportunities, aided by central and state governments. - Anish Achuthan, Open

Historically, we have been a nation of savers. But we have never had easier access to credit than now. - Sumit Gwalani, epiFi

While innovations are very much welcome, they must also be responsible. The need of the hour is to assure safety in digital loans. - Shaktikanta Das, RBI

Education has never seen a recession in the 25 years we have been in business. It has always been growing. There are more children in India than there are anywhere else. - Mridula Shridhar, Kreedo

Gaming is poised to be as popular as cricket in India. - Chirag Demla, Cellbell

The Indian agricultural market is a blue ocean and ripe for disruption. Rural parts of the country are significantly underserved--not just in India but in South Asia as a whole. - Cornelius (Conny) Boersch

A skilled youth workforce will benefit every industry. The hospitality industry has contributed greatly with its capacity to employ so many young people today. - Neeraj Kukreti, Lemontree Hotels

This year, the festive season brings a lot of opportunities for SMEs, especially creating job opportunities for millions of Indians who are otherwise unemployed during the larger part of the year. - Sandip Chhettri, TradeIndia

The booming gig segment has come a long way and brought economic benefits of productivity and employment to the Indian economy. - Prashant Janadri, Taskmo

India is the world’s largest producer of milk at 190 million tonnes in 2019, growing at over 40% in the last seven years. - Kaustubh Rastogi and Sravya Kolanupaka, Social Alpha

Not just in India, but the demand for dupattas exists worldwide. - Gaurav Garg, Dupatta Bazaar

D2C is becoming the future of commerce, especially in Tier I and II cities. - Harshil Mathur, ﻿Razorpay

The age of quick commerce has arrived in India and we are witnessing that in the grocery and food category. - Anshul Goenka, ﻿QuickShift﻿

Indian ecommerce is a megatrend. The checkout piece sits at the bottom-most part of the funnel with the highest intent customers. - Schuster Tanger, TQ Ventures

We believe that in India, super brands will work better than super apps. - Deepinder Goyal, Zomato

The blue-collar gig economy in India is powered by massive growth in the demand for flexible staffing from the ecommerce and logistics sectors. - Madhav Krishna, Vahan Inc.

From a ‘rare bright spot,’ when most world economies are staring at a slowdown, India is slated to be entering its decade of eminence. - Amitabh Chaudhry, Axis Bank

A lot of geopolitical changes are happening now, and a lot of supply chain disruptions. India is getting better placed in becoming the manufacturing ecosystem. - Sonam Motwani, Karkhana.io

India still has large pockets of definitive opportunities where there are real problems waiting to be solved. - Rema Subramanian, Ankur Capital

India presents an attractive option for investors globally. We are likely to be the fastest growing large economy for at least the medium term, if not longer. - Naresh Patwari, Jashvik Capital