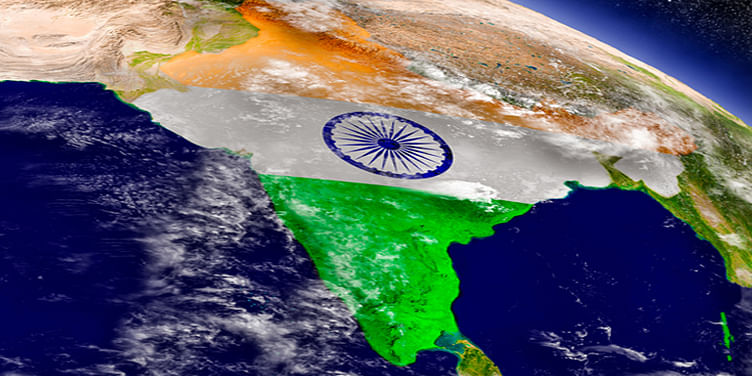 From local to global opportunities, we present 30 quotes from YourStory’s premier TechSparks 2020 conference.

Launched in 2014, StoryBites is a weekly feature from YourStory, featuring notable quotable quotes in our recent articles. Share these gems and insights from the TechSparks speakers with your colleagues and networks, and check back to the original articles for more insights.

In Part II of our special collection of quotes from YourStory’s TechSparks 2020 coverage, we present insights on the world of opportunity for Indian entrepreneurs. See our earlier quotes compilations from conference editions in 2019, 2018, 2017, 2016, 2015, and 2014.

India’s startup industry is the third-largest in the world, and it has seen tremendous growth in the last five years. - IT Minister Ravi Shankar Prasad

We are ranked number three in the world in the (total) number of unicorns. - Deepak Bagla, Invest India

We have more than 6.6 billion IPv6 addresses and 11 million Ipv4 being consumed in the country. We hope that India should be able to put a big flag on IPv6 use in the world. - Anil Kumar Jain, NIXI

India has mostly single-TV homes. So, the mobile phone is really the TV in the house. - Gaurav Gandhi, Amazon Prime Video

At this point in time, every single parent, child, teacher, principal in India has seen online education or has been exposed to learning online. - Saumya Yadav, Udayy

The real way for India to become a superpower is with more entrepreneurs who create more employment. - Nithin Kamath, Zerodha

If you have to solve the problem at scale, you have to make the technology accessible across the length and breadth of Bharat. - Mithun Srivatsa, Blowhorn

[TechSparks 2020] Beyond COVID-19: how biotech entrepreneurs in the healthcare sector are preparing for the future

The missing link in our startup ecosystem is the lack of Rupee capital. - Ajai Garg, MeitY

India's digital story is now globally talked about; our IT professionals are being globally appreciated. - IT Minister Ravi Shankar Prasad

The biggest mistake, over generations, has been the abandonment of traditions to take on large cycles of debt to live in cities. - Sridhar Vembu, Zoho

We still need to work on setting up better institutional framework for the ease of doing business. - Abhishek Singh, MyGov

Millions of people silently lose their lives due to superbug infections. Around 2.5 lakh Indians die every year. - Anand Anandkumar, Bugworks

A rare disease called Retinitis Pigmentosa (RP) is not rare in India. It affects almost 15 lakh children in the country, who loose vision by the time they reach 25 years of age. - Jogin Desai, Eyestem

We need to increase our food production by 70 percent for the next 30 years. - Ezhil Subbian, String Bio

It is not just small companies or individuals that face issues while shipping; the problem is much more widespread. - Nitish Gupta, Shippigo

It's no longer sufficient to just charge or rent by the square foot. You are now looking at more and more location data adding up to that value of the rent of that particular location. - Rishi Bhammar, Cisco

If you believe that startups are the foundation and engine for future growth, India is going to be the most important country with developers to support that growth. - Anu Hariharan, Y Combinator

India is the biggest consumer of mobile apps in the world. It ranks number one in mobile app download by users. - IT Minister Ravi Shankar Prasad

In India, you have one or two players capturing the market quickly, but when you go global, you can sit anywhere in the world, and still build a $100-200 million business. - Karthik Reddy, Blume Ventures

Whilst India has to strive to become a part of the global value chain, we cannot allow the strengths of India to be eroded. - FM Nirmala Sitharaman

The combination of Japan and India has a tremendous and unlimited potential. - Kaz Nishihata, NTT DATA

Telemedicine is available in only one percent of Japanese hospitals, the penetration rate of cashless payment is just 20 percent, and the ecommerce market is just 10 percent. - Takashi Suzuki, JETRO

There's a lot that Europe can learn from India because India has always been resilient and has always been able to see opportunities in restricted and constrained environments. - Leena Radjibaly, French Trade Commission

There is so much we can learn from the creativeness, innovations, diversity, and the numbers that there are in India. - Cecilia Oldne, Sweden-India Business Council

Today, major autonomous checkout technology providers are based out of the USA, and the implementation cost for these solutions is high at the time. - Ankur Sharma, Niflr

[TechSparks 2020] Narrative from the heart has to mix with the substance of your business plan, says Anup Jain, MD, Orios Venture Partners

Two Indian tech giants - TCS and Jio — are examples of what startups can do in the next 20 years. We need to build absolutely the best companies from India across the world. - Rajan Anandan, Sequoia Capital

If we have to enable and empower the people of India to go digital, we need to ensure that this technology is homegrown and developmental. - IT Minister Ravi Shankar Prasad

With more and more success stories coming out of India, we will reach out to foreign markets. We are moving in the right direction. - Pankaj Makkar, Bertelsmann India Investments

A company which builds for India, can build for the world. - Bhavish Aggarwal, Ola

If we can solve a problem in India and scale that template, we can solve for any market in the world. - Abhijit Bose, WhatsApp India