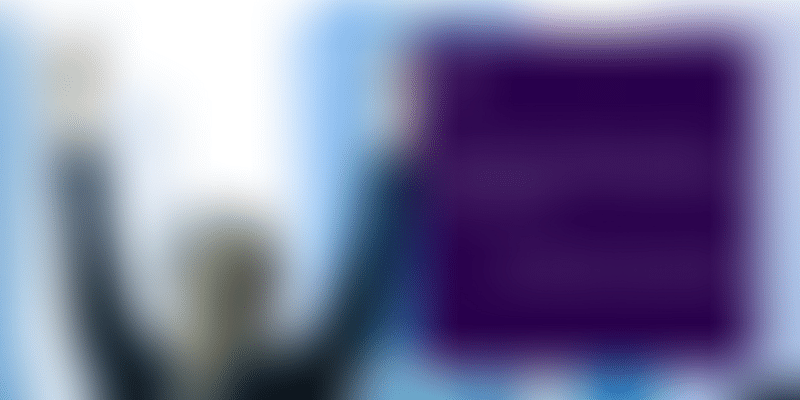 As you take stock of the ups and downs of the year gone by, here are some words of comfort and inspiration to help interpret failure and emerge stronger.

Drawn from our comprehensive coverage of India’s startup ecosystem, we present 85 quotes on how to accept and cope with the inevitable challenges in the entrepreneur’s roller-coaster journey.

Mistakes and errors are part of the startup journey, and show the path to success ahead. A mindset of resilience, reflection, and resolve are key to bounce back from challenges. Learning from the mistakes of others and asking for help when down and out are useful practices as well.

See also my reviews of the related books The Other ‘F’ Word, Adapt, The Up Side of Down, Who Blunders and How, The Wisdom of Failure, Fail Better, Fail Fast, and Failing to Succeed. Make it a habit to check out YourStory’s Daily Capsule, Weekly Founding Roundup, and quotes compilation StoryBites, featuring notable quotable quotes in our articles of each past week.

YourStory wishes all founders, innovators and changemakers a Happy New Year ahead, and all the best for success and scale in 2020!

The meaning of failure

If there are no rough patches, you may not be on the right path. – Sampad Swain, Instamojo

It is failure that gives you the proper perspective on success. – Ellen DeGeneres

99 percent of startups will fail. But 100 percent of entrepreneurs will succeed. – K Vaitheeswaran, Again Drinks

If something is important enough you should try. Even if the probable outcome is failure. – Elon Musk

Failure is not the opposite of success, it’s part of success. – Arianna Huffington

The only way you are going to have success is to have lots of failures first. – Sergey Brin, Google

Failure is another stepping stone to greatness. – Oprah Winfrey

We might fail, we might succeed, but tomorrow people will at least remember us for trying something new. – Taapsee Pannu

Don't process your failures as "game over," but rather as part of a rigorous startup methodology. – John Danner and Mark Coopersmith, ‘The Other “F” Word’

You may not succeed 100 percent, and people tend to scrutinise your failures than remember your successes. But only when you fail, do you realise the actual value of success. – Anil Kumble

Success and failure are just relative terms. Take failures in the same spirit as success. It is a part and parcel of growing every day, for every day is a challenge. – Shikha Suman, Medimojo

The inevitability of setbacks and failures

There is no innovation and creativity without failure. Period. – Brene Brown

No matter how much clarity you have, things keep changing. One has to be agile because nothing goes as planned. – Shalini Prakash, Epic.One

Giving up is the greatest failure. – Jack Ma, Alibaba

Setbacks are a part of the entrepreneurship journey and resilience in dealing with them sets apart successful entrepreneurs from others. – Roopa Kudva, Omidyar Network

Making the wrong decision is better than making no decision at all. – William Tanuwijaya, Tokopedia

The only people who never tumble are those who never mount the high wire. – Oprah Winfrey

It is important to struggle to truly appreciate the end result. – Anand Virmani, Nao Spirits & Beverages

Perfection happens only after many iterations. – Subhashini Chandramani, 'The Garden Art Journal'

Version One is better than Version None. – David Nour, 'Co-create'

You have to celebrate successes, right? You also have to support failures. – Ananth Narayanan, Medlife

There will be failures, stumbling blocks, but if you have the confidence, the resilience, and perseverance, you can succeed against all odds. Sometimes, you create phobias around you that are non-existent. – Shalini Warrier, Federal Bank

Your fear of failure can only be defeated by your desire to succeed. – '1001 Ways to Creativity'

Be honest about how you approach failure. Don't just be critical of yourself, because that can be self-serving. – Megan Rapinoe

Be open. Be a sponge and absorb everything. Work hard — and for free if you have to — when following your dreams. Keep at it, don’t let failure stop you. – Bobbi Brown, Bobbi Brown Cosmetics

We need to be prepared to take risks — risk to fail, to make mistakes, not to be accepted, or even to be ridiculed. – Roopa Moudgil, IPS

What defines us is how well we rise after falling. – Chinu Kala, Rubans

You have to develop strong resilience and the ability to get back up after a failure. – Akash Saxena, Hotstar

We will fall and fail many times, but eventually, we’ll find the ability within ourselves to build, create and empower. – Mubina Rattonsey, Zero Gravity

Pick your strength and work towards the goal. Fear of failure will never take you anywhere. – Esha Gupta

The best way to learn is by experimentation. You have to be okay with making mistakes. – Aditi Rakhe, TIFA Working Studios

Never stop experimenting, have a bindass attitude and come what may, don’t give up. – Sonali Mullick, Bayroute

What ultimately matters is your ability to bounce back and stay focused on achieving your goal. – Ghazal Alagh, Mamaearth

If you have talent, grit, persistence, the virtue of hard work and the faith to be patient, you will survive not just hiccups, but heartbreaks too. – Prashantt Guptha

Inadaptability can prove to be fatal for survival. – Gagan Singla, AngelBroking

Failure is a feeling long before it becomes an actual result. It’s vulnerability that breeds with self-doubt and then is escalated, often deliberately, by fear. – Michelle Obama

Toxic co-founder relationship is one of the top three reasons for failures of startups. You can't sidestep the hard work that it takes to make a relationship work. – Sidharth Rao, Dentsu WebChutney

It is okay to make mistakes as long as it does not make a huge impact on the overall company, on the value of the company, and you realise and correct it as soon as possible. – Manu Kumar Jain, Xiaomi

In entrepreneurship, the rules of failure are the same for both men and women, but the rules of success differ. – Kanika Gupta Shori, Square Yards

There is no failure in art. Everything which didn’t turn out the way you want teaches something and there is always the chance of a beautiful accident. – Suvidha Bolar

The first step is saying ‘Yes I have failed’, embracing it, learning it and moving on. – Pragya Misra Mehrishi, WhatsApp

Never be afraid to show your vulnerable self. We all have those unseen parts and there is no shame in sharing them. – Nidhi Bala, Tanzeb

Keep honest critics who will always tell you what is going wrong with you. – Rajkummar Rao

Rejection is a thing you learn first in entrepreneurship. Nobody prepares you for rejections. The biggest thing about entrepreneurship is to deal with rejection on a constant basis and then still come out of it all right. – Naveen Tewari, InMobi

Asking for help is the hardest, but the best thing you can do for yourself. – Autola

Taking support is not a sign of failure. – Tejas Parulekar, SaffronStays

To err is human. The lessons are priceless. – Robin Banerjee, 'Who Blunders and How'

It’s fine to celebrate success but it is more important to heed the lessons of failure. – Bill Gates

Use your obstacles to learn more about yourself, and your failure as the fuel. – Garvita Gulhati

If you fail, you should analyse why you failed, take the lesson, and move on. – Nandan Nilekani, Fundamentum

A bruise is a lesson… and each lesson makes us better. — Arya Stark

Never take any shutdown as a failure; it is a journey. One needs to enjoy this journey. Be curious and become a problem solver. – Thirukumaran Nagarajan, Ninjacart

You should not repeat the mistakes. Entrepreneurship is like going to uncharted territories, whether mines or gutters, you don't know. – Naveen Tewari, InMobi

Stories about the struggles and challenges you have had to overcome can become powerful ways to connect people to you and your brand. – Gabrielle Dolan, 'Stories for Work'

Every challenge is an opportunity if you flip it. – Geeta Goel, Michael and Susan Dell Foundation

Every roadblock or challenge is an opportunity to grow and learn. – Pinky Daga, Thriive Art & Soul

You can turn any challenge into an opportunity. – Vidushi Mallick, Coral Haze

There will always be challenges but they make you stronger, and this is all part and package of learning. – Dipna Anand, Brilliant Restaurant

Challenges are inevitable in any business and one must not step back. Instead, face them and grow. – Yatin Jain, Odhni

You can either be knocked down by the negative things, or you can take it in a positive way and learn from it. – Deepika Padukone

Even if there is one percent chance to do something, you should always go for it because that one percent can change your life. – Priyanshi Choubey, Instacar

Fluidity is the key to conquering life. – Abhigna Kedia

A winner is a dreamer who never gives up. – Nelson Mandela

A crisis often brings out the best in you and you discover qualities that you never knew existed within. – Rajeev Siddhartha

Life begins at the end of your comfort zone. – Simal Soin, Aayna

Imperfection is beauty, madness is genius, and it’s better to be absolutely ridiculous than absolutely boring. – Marilyn Monroe

If winning is God’s reward, then losing is how he teaches us. – Serena Williams

You win some and lose some. It's all part of the game. You have to take it in a very positive way. – PV Sindhu

[Year in Review 2019] Winning with team effort and empowered employees