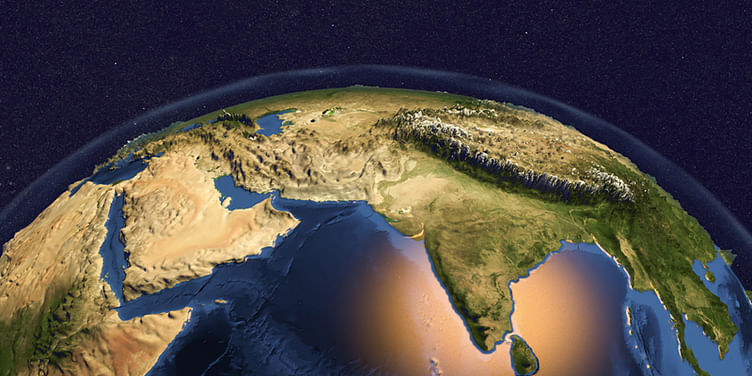 On the occasion of India's Republic Day, we capture business shifts from resilience to reinvention through these quotes and excerpts!

Launched in 2014, StoryBites is a weekly feature from YourStory, featuring notable quotable quotes in our articles of this past week (see the previous edition here). Share these 25 gems and insightts from the week of January 16-22 with your colleagues and networks, and check back to the original articles for more insightts. See our special compilation of quotes related to India’s pandemic responses here.

The conventional narrative around India that India was the cheap place for talent, is now being slowly and systematically replaced by best-in-class talent. - Rajeev Chandrasekhar, Union Minister of State

New-age investors are breaking the myth of “Indians being risk-averse investors” and rewriting investment scenarios. - Praveen Kaushik, Zero To One

The principle of equity and equitable support must be non-negotiable in our pursuit for health security. - Bharati Pravin Pawar, Minister of State for Health and Family Welfare

The government needs to broaden the criteria for tax relief to startup employees to reduce the burden on taxation of ESOP sales. - Monish Anand, ﻿MyShubhLife

For India to really become a $5trillion+ economy, we need entrepreneurship of all shapes and sizes. In fact, what we need today is what Nobel Prize winner Edmund Phelps called as mass flourishing. - Debleena Majumdar, Kahaniyah

The flourishing entrepreneurship climate in India has given NRIs a reason to cheer. - Nupur Dave

Until India becomes a manufacturing economy, it will continue to buy goods from others as a purchasing economy. - Dharmendra Pradhan, Union Education Minister

India is now poised to take on the global arena and move from high-volume to high-value products. - Mansukh Mandaviya, Union Health Minister

Designing a product in India is challenging because of the minimum order quantities. - Rebekah Sood, Atmosphere Kombucha

Since nearly half of the Indian population is under 25 years of age, policies and incentives to make quality education affordable are vital. - Abhimanyu Saxena, ﻿InterviewBit

There is a massive surge in students and professionals opting for online courses, especially in Tier II and III cities. The challenge arises in creating stable digital infrastructure for such cities. - Nikhil Barshikar, ﻿Imarticus Learning

Private credit in India is at an inflection point, and we see this asset class evolving significantly similar to global markets. - Vikaas M Sachdeva, Sundaram Alternates

By investing in the grey-collar remote workforce, India has the potential to create new jobs, generate more income for low-income households, and provide financial security to those contracted in the gig economy. - Rajesh Bernard, ﻿VOIZ

Despite the funding slowdown, some areas like SaaS and early-stage funding have remained upbeat. - Amit Nawka, PwC India

With deep penetration of digitisation, delivery of services and products across the country has become reasonable. We expect strong growth in tech-enabled business which will drive new India aspirations. - Anil Joshi, Unicorn India Ventures

Today, India's top three payment gateways, one in three EV scooters on the road are manufactured, and one out of two food deliveries are by SAP customers. - Sanket Deodhar, SAP

Despite so many men sporting beards, there were no products available to groom their beards. Men had very limited choices when it came to fragrances and colognes. - Rahul Anand, Ustraa

There is a need to create for India keeping in consideration India-specific [gaming] context while also making it legally enforceable. - Harish Chengaiah, Outlier Games

The country's marginalised–Dalits, Adivasis, Muslims, Women and informal sector workers are continuing to suffer in a system which ensures the survival of the richest. The poor are paying disproportionately higher taxes, spending more on essentials items and services when compared to the rich. - Amitabh Behar, Oxfam India

The flight of HNIs has become very worrying because if 10,000 HNIs relocate to tax-friendly jurisdiction, about Rs 40,000 crore to Rs 50,000 crore of consumption will move away. And we cannot afford to have an entrepreneurial class leave this country. - TV Mohandas Pai, Aarin Capital

As a society, we haven’t evolved much. In metros, we have open-minded parents but in smaller towns, it’s still a challenge [to sustain talent in women’s cricket]. - Vishal Yadav, Female Cricket

To better assess women's repayment capacity, differentiated creditworthiness assessment mechanisms should be adopted, and awareness campaigns for existing schemes for women entrepreneurs should also be taken into consideration. - Deepthi Ravula, WE Hub

The EV story for South Asia and similar markets has to be contextualised and not replicated from the US and European markets. - Chinnu Senthilkumar, Exfinity

2022 was a mammoth year for EVs. 2023 will see EVs becoming mainstream. It is noteworthy that GoI’s subsidy schemes like FAME supported this development. - Amitabh Saran, Altigreen

We also look forward to higher investments towards research and development in the country to help India become a hub for EV manufacturing. - Avinash Sharma, ElectricPe

At the current pace, Assam will likely achieve 100% electric three-wheeler sales by 2025, being among the first states to achieve this, not just in India but also globally. - University of California Davis report

Small towns and cities are shedding the historical perception of being difficult places to operate a business from. - Pooja Mehta, JITO Angel Network

We have seen startups relocating to smaller cities due to lower costs of living, increased internet penetration and the availability of semi-skilled talent. - Umesh Uttamchandani, DevX Venture Fund

Top 7 stories of startups turning around their fortunes

India is part of the G20 Troika with Indonesia and Brazil (current, previous and incoming G20 Presidencies). This is the first time the troika is made up of three emerging economies. - Lav Agarwal, Ministry of Health and Family Welfare

India is at the heart of the Indo-Pacific region, where half the world's people live and 50% of global economic growth is produced. - Philip Barton, Commonwealth and Development Office

The world needs resilience and India is in a position to take the lead, including on supply chain frameworks. - N Chandrasekaran, Tata Sons